Many thanks to the following partner(s) with whom we collaborate in this project. 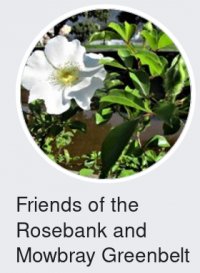 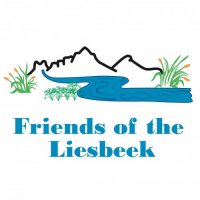 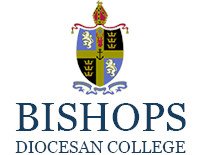 This work is made possible, in part, by the following organisation(s).

The Liebseek River Corridor project is a collaborative project aimed not only to protect and restore the function of the river but also to raise awareness of the historical importance of the river through signage and art installations. In collaboration with different organisations, schools and individuals we have already began participating in initiatives that improve the future of not only Liesbeek River but Cape Town.

Communitree facilitates the participation of members of the public in Fynbos rehabilititation along the Liesbeek River through the growing of plants, Fynbos garden care, bird- and insect-monitoring. Each Fynbos patches is a stepping stones for insects and birds along the river, a place to rest and refresh along their journey, such that each patches works with the others to build up a stepping-stone corridor. Along with the ecological rehabilitation we are working with local schools on bringing to light the historical significane of each site to aid in cultural acknowledgement and restoration.

The Liesbeek River (named after a river in the Netherlands) is a fairly small yet very significant river in Cape Town. It flows from Table Mountain in the area around Kirstenbosch down towards the area where the Liesbeek River meets the Black river in Observatory. The Khoikhoi (“men of men”) historically used the area around this river as a source of water, food and a site of significant spiritual practice. The river is symbolic in a number of ways, for example an area where two rivers meet is a symbol of marriage, an occassion where two families join one another. The river itself is an significant historical landmark, where in 1510 the first land battle between the Europeans and Khoi occured, resulting in the defeat of the Portuguese by the Khoi.

Despite urban impact, this river is still home to many animal species, who live in the river, feed from the river and se the river as their uninterrupted highway through the otherwise welcng urban landscape. The Cape Galaxia is an example of the indigenous fish that can be found in the river. Indigenous plants include the Wild Almond (Brabejum stellatifolium), Cobra lilies (Chamanthes floribunda and C. aethiopica) and Wild Rosemary (Eriocephalus africanus).

Due to the high impact nature of historical European settlement and harvesting, growing urban development, modernisation and harvesting, the areas around the river and the river itself are highly impacted. A river of this level of historical cultural significance and present-day ecological value is worthy of our time and energy to properly mark and acknowledge it culturally, and enhance it ecologically.

As a river longest under impact for development, our work along the river is not about making the river look like it did before, but working within the current condition and urban impacts and improving thes river’s function, use, and perceived value.

A recently cleared bank on the Liesbeek river. The LMP team has removed invasives from the bank. It was just a huge lantana hedge with ginger, crofton weed, spiderwort etc. Serious potential to become one of THE spots to enjoy along the river. Great view of the mountain, reasonable water level being close to the river. Currently mostly planted with Asparagus and Sour Fig as initial rehabilitation. Once these species establish and suppress invasives they can be removed to put in other species and improve diversity.

This site is located next to the Sans Souci Bridge and the Liesbeek trail, along the Liesbeek River. It is a bit abandoned, with quite some glass and litter. However, there is a lot of potential with the river flowing right next to it and some benches providing a seating area. The Friends of the Liesbeek team has recently cleared the more aggressive vegetation and in the cleared areas more suitable indigenous vegetation can be planted. We have chosen a selection of nectar-rich sunbird plants from the Cape Flats Sand Fynbos and Peninsula Shale Renorsterveld to start. This site is also situated close to Penisual Shale Fynbos vegetation type area so we will see what plants from these three different vegetation types survive best.

This is an abandoned, and often dangerous, piece of land. However, there is so much potential to make it into something nicer. It is right on the river. The subway is right there and having a nicely maintained and used piece of land would make things safer for everyone.

This patch is located just off Liesbeek Parkway, bordering the Liesbeek River. Unfortunately, it is currently underused. There is a large swathe of grass but barely anyone uses this. There is a lot of potential for improvement. The space can be accessed by a bridge and could be a nice playground for children. The vegetation can be vastly improved and the safety aspect can also be much better by general upkeep and use of the plot.

There are various islands in the Liesbeek River in Rosebank. Most of these islands have been recently cleared because of the alien vegetation on the islands. However, if we are able to keep the aliens out and plant indigenous vegetation, then these islands could provide a much more nurturing habitat for fish, aquatic animals, birds, insects and other animals to live in than the cement canal that dominates the river in these parts.

A Patch below the Liesbeek bridge in Durban road

This is a great corner plot that is just across from the Liesbeek River. It's a big grassy patch that gets quite some sun. There is lots of potential. We have started by removing some of the grass along the wall, and have started planting various indigenous species here. Our goal is to have a garden along the wall, then a path that runs through it, and then another garden instead of all the grass further up. This could be a colourful display with flowers instead of this green patch that requires constant mowing!

This site is located on the corner of Alma Road and Liesbeek Parkway.

Many thanks to the following partner(s) with whom we collaborate in this project.

This work is made possible, in part, by the following organisation(s).