Garden of the Month - Huis Luckoff 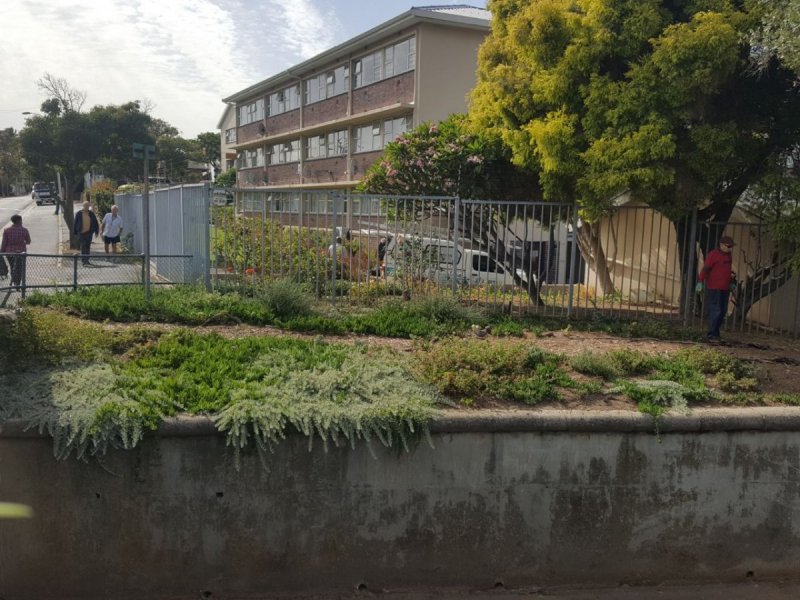 What was once a non-descript plot of land wedged between the Huis Luckhoff Old Age Home and the Liesbeek River in Rosebank, has been transformed into a flourishing garden abundant with indigenous vegetation and a pitstop for the many bird species who have made it their playground.

Lanham founded FROG in 2014 to ‘’give people who had retired and who had the odd hour to go and garden, pick up litter and just beautify the space’’. She rallied a group of enthusiastic and willing residents to lend a hand. At first the group’s clean up efforts were focused on work along the Tow Path and Village Green. ‘’For the first two years, we exhausted ourselves. There were a few of us for the first two years and it was so rewarding, so much fun but exhausting!’’

Fed up with the unsightly dumping and overlooked potential of the Luckhoff space, her attention turned to sprucing up the plot in 2016. ‘’Randall (a friend) and I started clearing the rubbish and tar often left behind by contractors who were using it as a convenient dumping spot. We just wanted it to be neat and tidy and managed to turn it into a grassy patch but that was where we stopped,’’ she says.

When Communitree approached Huis Luckhoff to extend its indigenous greening efforts on the corridor, Lanham says it renewed their interest in preserving and cultivating the space. She says ‘’we put them in touch with people we met along the way and now they’ve sort of become the glue. I am thrilled that Communitrree has taken over.

The Huis Luckhoff garden has not only made an ecological impact but a social one too. It has fostered a sense of pride amongst the residents at the home, created social buzz with the weekly maintenance sessions while narrowing the generation gap.

‘It’s lovely to see the young working with the old, especially in this community where people don’t pay attention to Luckhoff. Seeing the elderly working in the garden and how it has given them a new lease on life is wonderful to see.

Fred Patson, a resident at the home, is a familiar face at the garden and is often seen tilling the soil on his own accord and with the Communitree team. ‘’I started volunteering with them (Communitree) after they approached the home and am one of three volunteers,’’ he says. Unfortunately, ailments have forced his counterparts to spend less time at the garden. There absence from the weekly activities at the garden haven’t deterred Patson though.

He says the garden has also given him an opportunity to hone his gardening skills. ‘’I used to have a small patch at my home but I wasn’t very successful at maintaining it,’’ he jokes. He adds: ‘’It keeps me busy when there is nothing to do here. I really enjoy spending time in nature and nurturing this garden. I’ve seen how it has just been growing.’’