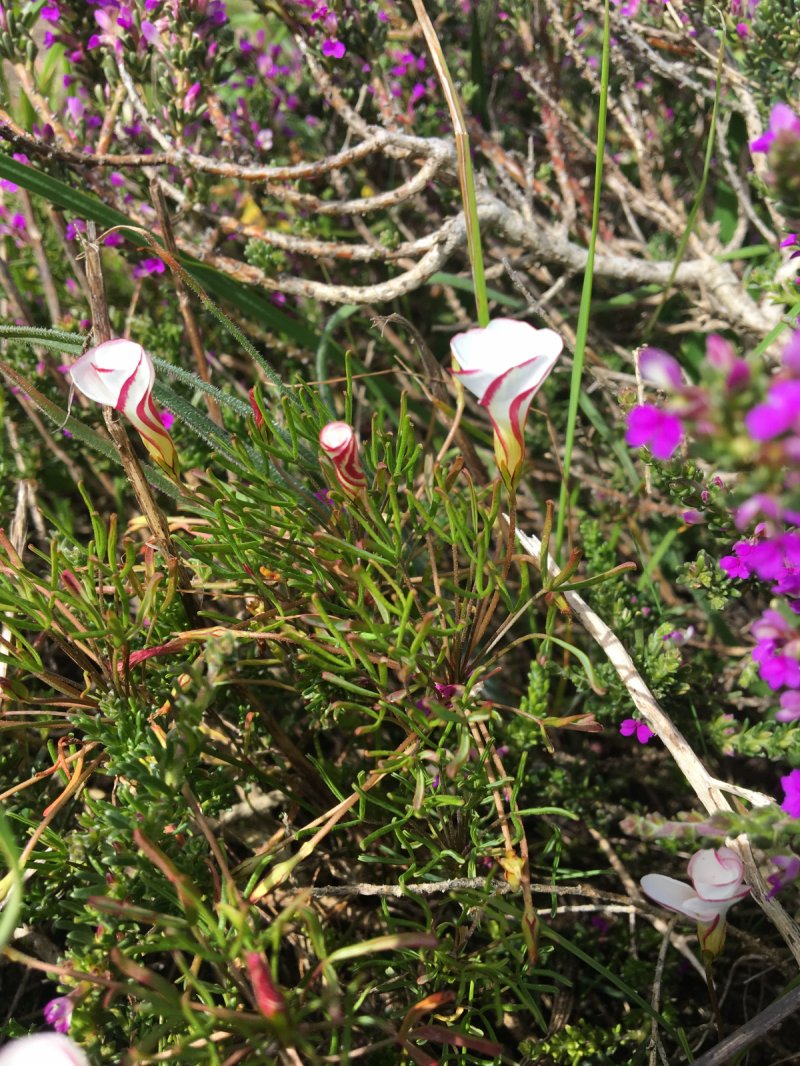 Every year the Friends of the Rondebosch Common organise several Spring Rambles to present and educate the public on the species flowering on the common during Spring.

A group of Friends of the Rondebosch Common members take the public on a guided walk through the Common every Spring to showcase the beautiful flowers on the Common.

We saw several Oxalis flowers, button daisies, orchids, threatened species, pelargonium seed that is engineered with hairs and a corkscrew shape that uses hydraulic movement to intercept the soil with efficiency, one of the last protea bushes on the common and some protea seedlings!

The Rondebosch Common is prized for its biodiveristy and historical landscape that is simultanously being threatened by alien invasion, urban transformation and the prevading drought. These spring walks allow us to treasure the remaining indigenous species left on the Common and urge increased action in restoring the landscape to its former glory.