Communitree featured in the media! 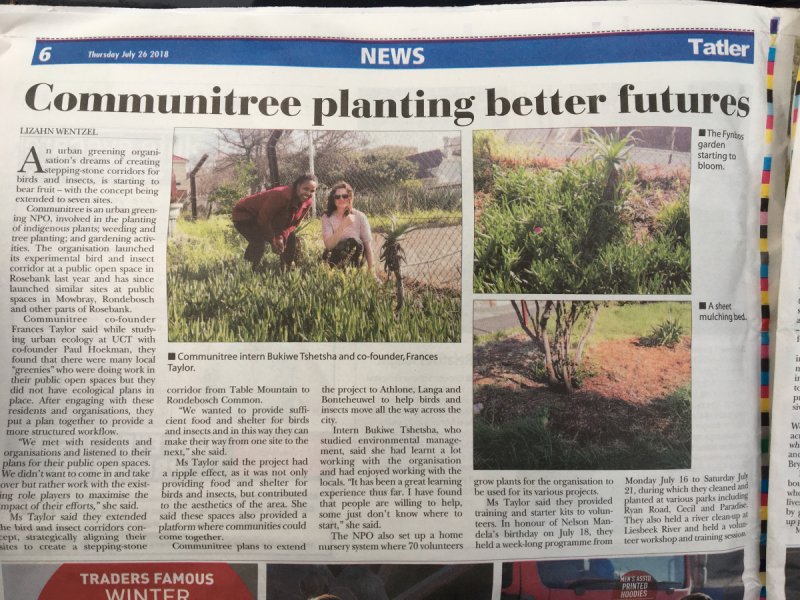 We've been featured in two newspapers this week and are excited the exposure and recognition that comes with it.

This past week we were featured in two newspapers- The People's Post and the Tatler, two local newspapers appealing to Cape Town's residents. We were furthermore featured on Radio786.

Two journalists approached us during our Mandela Week gardening activities namely at Ryan Road Park and Kornhoop Corner and reported back to their newspapers about the indigenous greening we're doing around Cape Town, creating stepping stone corridors for wildlife and getting as many people involved while we're at it.

The articles were also a call to the greater public to get involved with us, learn about our indigenous vegetation types in the Cape and re-green our city.

We hope to solidify more connections with several more newspapers and magazines in order to keep exposing us to more helping hands.